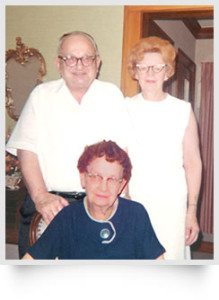 Smithville Communications, Inc. became a part of the Draper family in 1930. It remains with the family today with Darby A. McCarty as the CEO and Chairwoman of the Board. The Smithville Charitable Foundation was established in 2007 in outpouring of the family’s generosity and desire to enrich the lives of people served by Smithville Communications. The family continues to support the communities around the area. Each year Smithville Charitable Foundation generously gifts to many different causes. 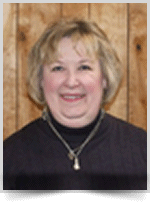 A recognized industry leader, Darby A. McCarty serves as CEO and Chairman of the Board of privately held Smithville Communications, headquartered in Ellettsville, Indiana. Under her leadership, Smithville has achieved significant regional and statewide recognition and has been named a Top 100 National Broadband Company for an unprecedented seven years in a row, joining other awardees such a Google, Verizon, and Cisco. In 2016, Smithville embarked on a major network upgrade which will provide commercial and scalable fiber service up to 100 gigabits. To mark this expansion, the company adopted the brand Smithville Fiber. Building on the legacy of her late parents, Bill and Patsy Earles (the former owners of Smithville), Ms. McCarty has achieved a record level of growth, leading the development of Smithville into Indiana’s largest independent telecommunications company. Ms. McCarty is committed to industry advancement and development. In addition to serving on the Radius of Indiana Board of Directors, she also serves on the Board of Directors for USTelecom, the Indiana Chamber of Commerce, IBTA (formerly ITA), and WTA. She made ITA history by becoming the first woman to serve in all chair positions. In 2014, ITA bestowed upon her the association’s highest honor, the Distinguished Service Award. Community service, civic support, and philanthropy are personally important to Ms. McCarty. In addition, the company also supports multiple dozens of organizations in Indiana, including the arts and festival programming. Smithville is a supporter of Indiana University, primarily with their athletic programs, and has contributed to and been a sponsor for Ivy Tech in Bloomington, Indiana. 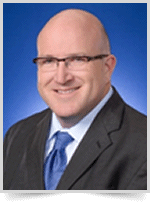 Cullen McCarty is the Executive Vice President of Smithville Communications, Indiana’s largest privately owned telecom. As a recognized industry veteran, over the past two decades, Cullen has been a tireless advocate on insuring competitive quality broadband, particularly for rural areas of the United States. A frequent traveler to Washington, D.C., Cullen regularly works with Congressional leaders and staffers to promote positive policy development for fiber broadband support and telecommunications advancement. Cullen is a long-time leader in Indiana economic development and is a former and current participant in several state task force committees for economic development and broadband support. Cullen represents Smithville in federal and regional trade organizations, including providing policy guidance. Cullen holds a BA in history from Indiana University, Bloomington. 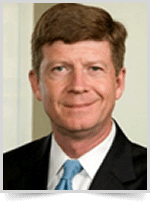 Richard O. Kissel II has been practicing in the field of estate planning for over 28 years. He focuses his practice on the areas of estate and charitable planning and gifting as well business succession, tax, corporate transactions, buy-sell agreements, employee benefits and other matters affecting closely-held businesses. Rick has advised corporate executives, owners of closely-held businesses, and other individuals on a variety of domestic and international tax issues. He has also been involved in the creation of numerous publicly supported charities and private foundations. Rick has been certified as an Estate Planning and Administration Specialist by the Indiana State Bar Association. He is recognized by Best Lawyers in America® for closely held companies and family businesses law. Rick has been involved in projects that include the recapitalization of closely-held businesses, disputes among trust beneficiaries and trust and will contests. He has also prepared required trust language and represented corporate trustee’s in numerous situations.